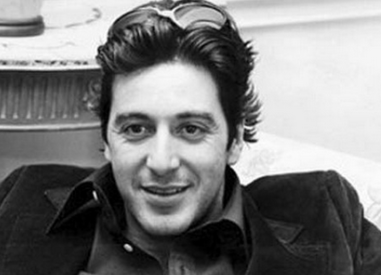 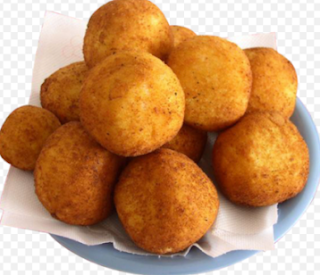 Posted by xpicassox at 12:15 PM No comments:

How to Make SUNDAY SAUCE

THE INGREDIENTS For THE "GRAVY aka
SUNDAY SAUCE

Posted by xpicassox at 10:10 AM No comments:

The BOOK THAT MADE TONY FAMOUS

"Cooking food and presenting it beautifully is an act of servitude. It is a way of expressing affection through a gift... That we should aspire to produce perfectly finished and presented food is a symbol of a willing and enjoyable participation in servicing others. Food pornography exactly sustains these meanings relating to the preparation of food. The kinds of picture used always repress the process of production of a meal. They are always beautifully lit, often touched up." (p. 103)

ANTHONY BOURDAIN on The LINE at LES HALLES

A BOW of NOODLES in SOUTH EAST ASIA

TONY NAKED with a BONE

Posted by xpicassox at 5:12 PM No comments:

New York and the $3.00 PBR, Pabst Blue Ribbon Beer has been a God-Send to many New Yorker's. As you all know, the US Economy has been in the Shitter for the past 3-Half years or so.
Many people are out of work, and many who are working are taking home Half-as-Much Money or less of what they used to make. People have had to buckle down and give up and curb many things they previously enjoyed .  In the current state of our economy, which is and has been an almost a Depression Era state.
Yes, "they" say  that we are not in a Depression, we're in a recession. To many, the state of our Union and their feelings are of Depression. So, because of the Terrible State of our Economy you have given up eating out 3 times a week, you buy less clothes, spend less on Entertainment and any number of things you extravagantly spent money on previously. Now, whatever you have, you want to hold on to. You haven't had a vacation in the past two or 3 years, maybe more. You given up a lot. We all have.
Now when it comes to socializing, going out for a few Beers or Cocktails with friends, you've had to cut back on that too. But hey, you gotta draw a line somewhere, and everyone is entitled to a few drinks to unwind every now and then. If you live in  the great city of New York this can be a costly undertaking, especially in this day and age. And of all times, to be having a Boom of $14.00  drinks and cocktails that cost 16 and $17 and more, "it's Ludicrous!"  What is a Poor Working Guy or Working Girl to do??? Well Boys and Girls, let's Thank God for that great thing of wonder and the Bars and establishments who so graciously and kindly serve it, The $3.00 PBR .. That's right, a $3.oo Beer in The Land of The Over-Priced $16.00 Cocktail, Manhattan, New York, NY..... It's quite Sad, Greedy too.
Yes, Thank God and let's thank the Kind-Hearted proprietors who serve $3.00 PBR'S or any Beer for just $3 or $4 in a New York Bar. You are doing your fellow man a public service and we thank you for that. Whoever you are, you are to be commended, and Shame-On-You, all those places that serve $14 PLUS Cocktails. "RIP-OFF" !!! Wish the masses would Boycott these places and patronize places like Blue & Gold Bar and 7B, and all place who have a heart and give a break to "the working-man," the bars that serve 3 and 4 Dollar Beers. It's great to go to a place like Blue and Gold Bar on East 7th Street and know that you can have 3 or 4 Beers for just $12 to $16, accounting for a Buck a Pop for the Barkeep. Three beers for $12.00 includung tipping the hard working bartender, now that's pretty good. I have had the best times hanging at Blue & Gold with some friends. You sit at the Bar or get into a nice comfy booth, drink your Beers ($3 PBR'S), relax, listen to the Music, Chit Chat, and just enjoy, and it's not going to cost you The Shirt Off Your Back, $12 for 3 PBR's, now that you can afford, and you probably can afford to do that 2 or three times a week.
Yes, you can have 4 Beers, tip included for the price of 1 "Rip-Off Cocktail," at one of those Clip-Joints. And if you are Dumb enough to have four drinks in one of those places, guess what it's going to cost you? About $75 my friend.
Well, do the Math, and if you can afford $75 for only 4 drinks, God Bless You. And if you can't, you've got an alternative. Right, your local $3.00 PBR Joint, and that my friends is a a God-Send.
Daniel Bellino-Zwicke
.
.
.
[caption id="attachment_276" align="aligncenter" width="395"]

Posted by xpicassox at 5:11 PM No comments:


New York's Biggest Pasta Night of The Year is Here! Tomorrow, Sunday November 3 is Marathon Day in New York 2013 ... There was "No New York City Marathon" Last Year a result of Hurricane Sandy .. After much discussion the New York Marathon 2012 was cancelled. A couple "No Good Bastard Brothers" Bombed The Boston Marathon this past April 15, killing 5 and injuring more than 280 .. This years New York Marathon will Salute the victims of The Boston Marathon Bombing and pay tribute to survivors and victims of Hurricane Sandy.     Enough of the sad News, tonight is Pasta Night in New York. It is a annual tradition for people running th marathon to have a nice Italian Pasta Dinner the night before the Marathon, on Saturday evening in order to "Carb Up" for energy to run the grueling 26 mile race. Yes the Pasta and Maccheroni wil be flowing at Italian Restaurants all over New York this evening. Little Italy on Mulberry Street will be all a-buzz with activiy, "Runners Eating Pasta." Some of New York's best Italian Restaurants with great plates of pasta are; Bar Pitti in Greewnich Village, Monte's Trattoria Greenwich Village for those runners staying at Mid-Town Hotels, Elio's on the Upper East Side, and Emilio Balato on East Houston Street .. Marathon Runners we "Salute" and wish "Bon Appetito" ! Mangi Bene! Mangia la Pasta!

pack them in, Downtown in GREENWICH VILLAGE

with just Two of His MANY FANS

by Daniel Bellino Zwicke .. On AMAZON.com

WILL MISTER DIPS Give SHAKE SHACK

and Cool as Can Be

LEARN HOW to COOK a GREAT BURGER
MAKE THE PERFECT STEAK
and
DUDES COWBOY CHILI
in
THE BIG LEBOWSKI COOKBOOK
.

SECRET SHAKE SHACK BUGER Recipe
in
THE BADASS COOKBOOK
.
Posted by xpicassox at 3:39 PM No comments: